On July 1st, we left our campsite on the Arkansas River in Colorado and headed north to Rocky Mountain National Park. I had visited the park twice before but not with Laura and McKenna. We took the scenic route to the park, entering through the southern entrance.

The southern entrance to the park took us up the Ridge Highway, a road that winds up through the park, starting by the Colorado River and climbing up to over 10,000 feet. This was the first time I had driven the road where it didn’t look like a snow tunnel. 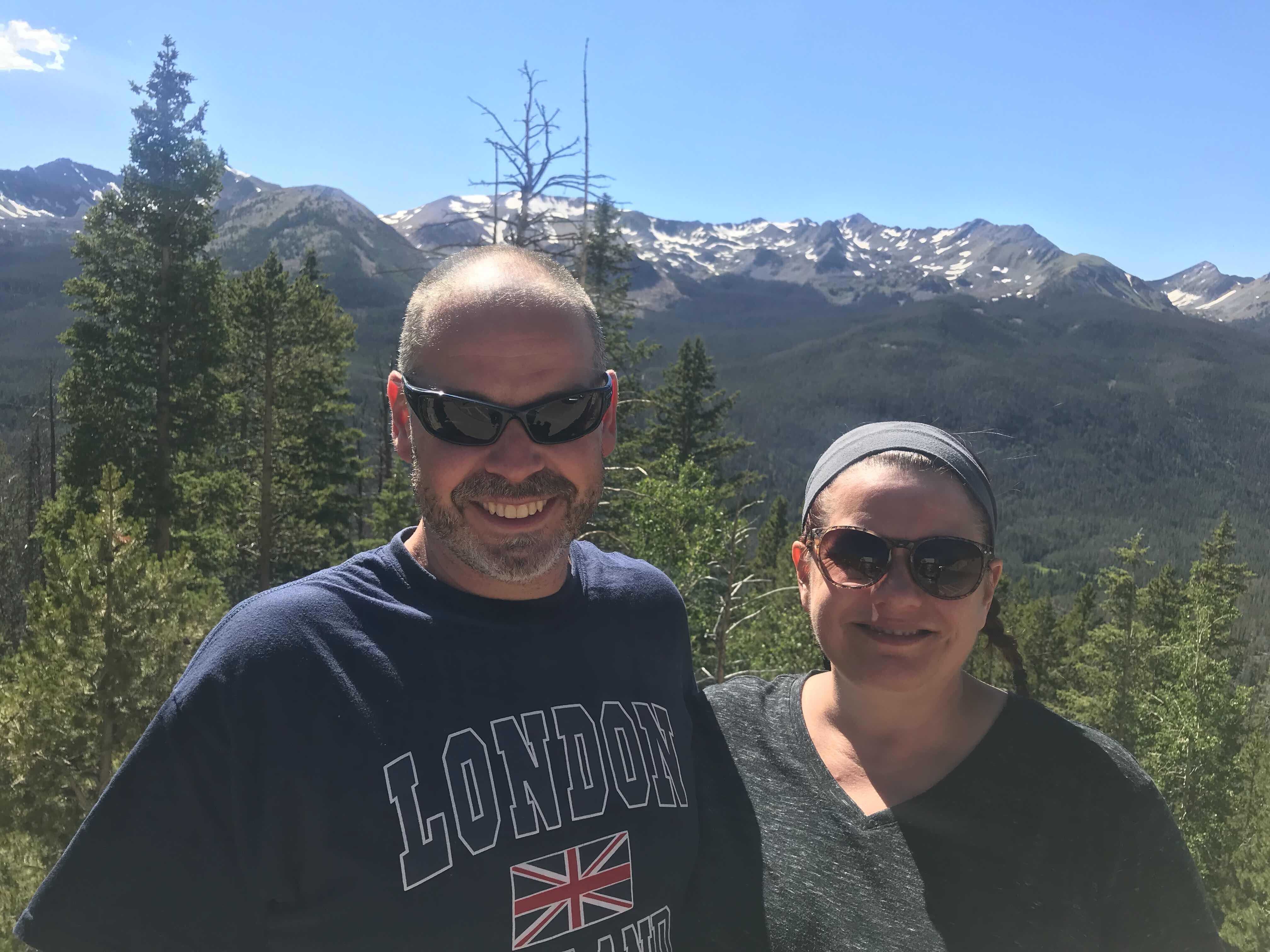 The road took us higher and higher, and as we neared the top of the park, it was significantly colder and windier than it had been just ten minutes down the road. 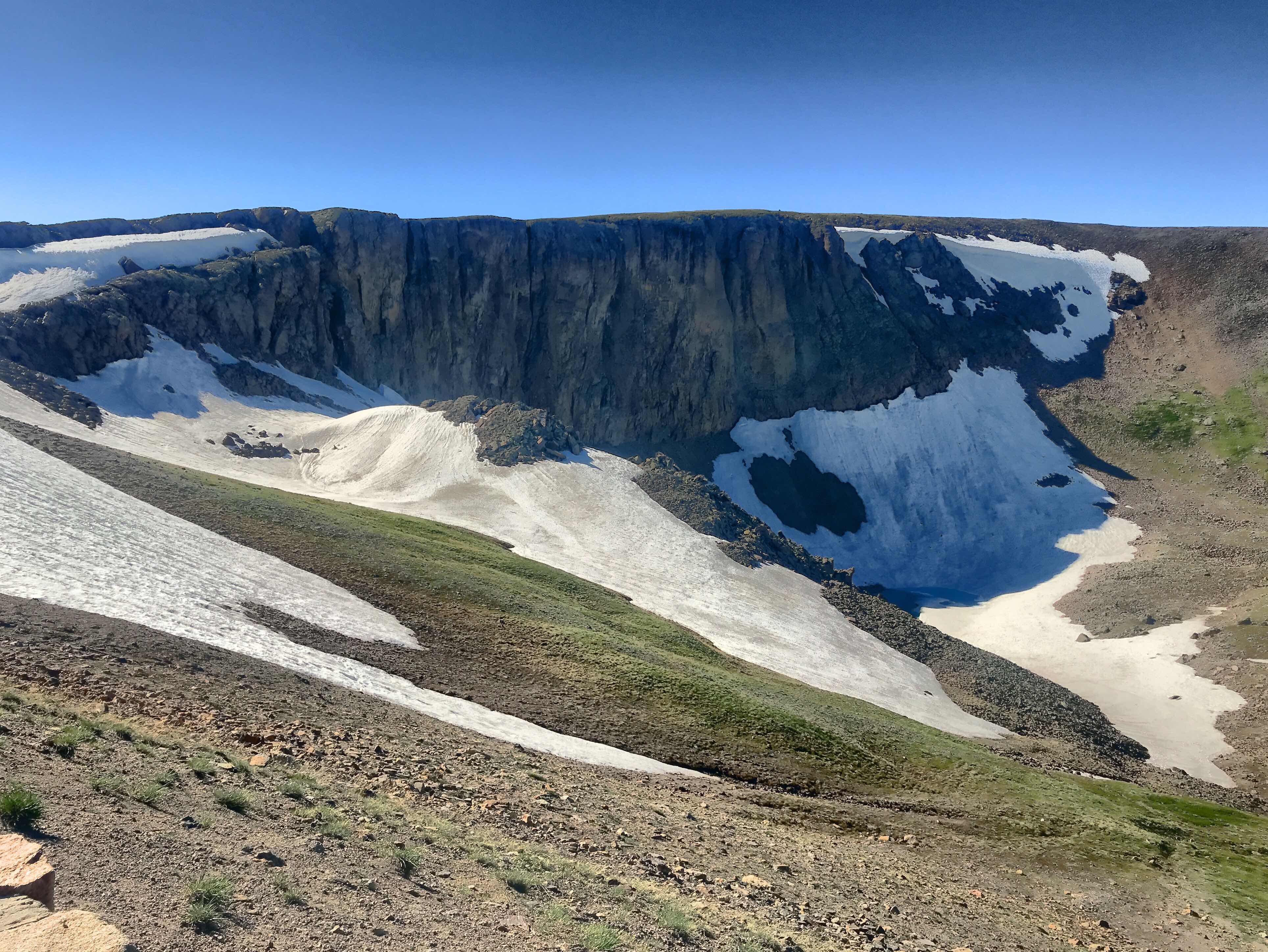 The wind was so cold at the above pull off that McKenna nearly mutineed against additional excursions from the car, so we broke out some of our cold weather clothes and started the short Tundra Community Trail.

The tundra was significantly more lively than the time I had seen it years earlier in late May. 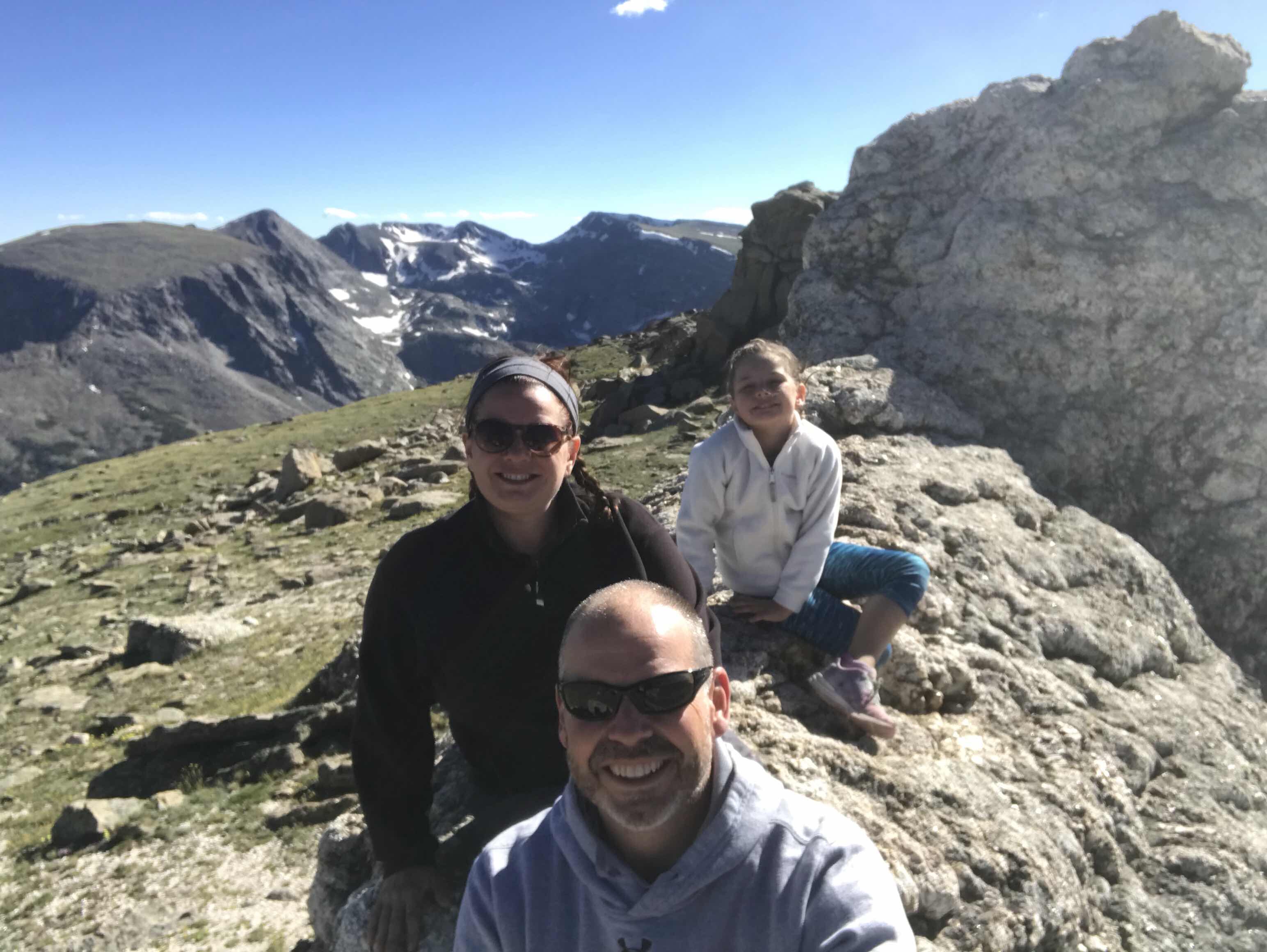 Once McKenna got a feel for climbing the rocks, she became much more adventurous.

Others, however, were less adventurous.

It’s possible that guy is urinating on the rock formation.

And then we headed back down, finishing the hike.

And there was much rejoicing.

After the hike, we started down to the lower areas of the park, finally reaching the campground at Aspen Glen. We would be camping there for two days; combined with the time we spent on the Arkansas River, that would be four days of camping in a row. And let’s be completely honest – that meant four days without showering. Fortunately, there has been a miraculous breakthrough that prevented those four days from becoming a complete descent into disgusting filth: wet wipes. Every person who encountered us after day two of camping should offer up thanks to the inventor of this wondrous and multifaceted cleansing application. 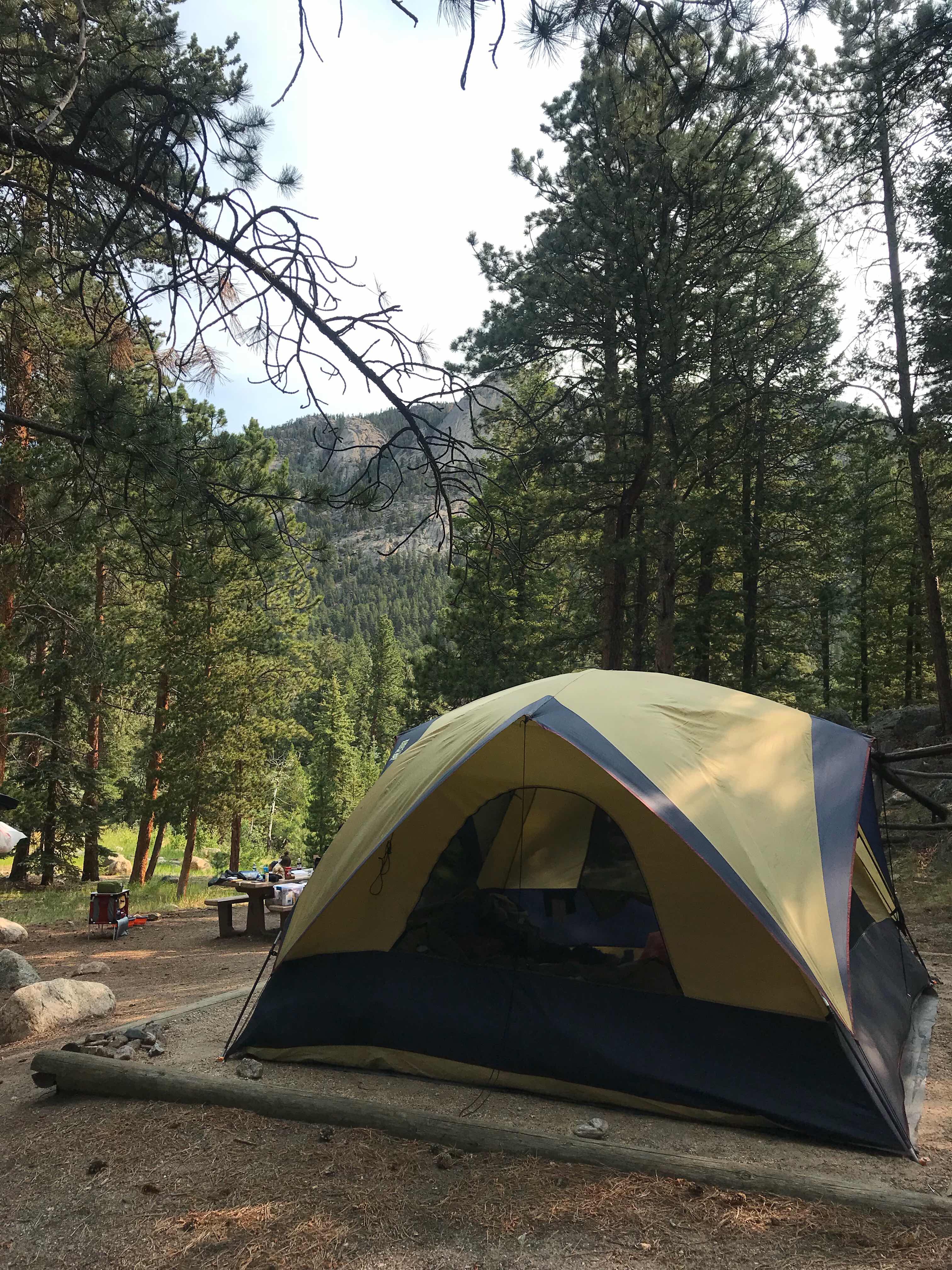 Hail the power of wet wipes, which prevented this big tent from becoming big stinky tent.

At Aspen Glen, the rangers are serious about bears, and there were fliers stating that a black bear had been seen in the campground on June 23rd. The ranger instructed us to put anything with scent – food, chapstick, deodorant, and gum – in the camp lockers. None of this could be kept in cars, a point that the ranger punctuated with photographs of bear-ravaged automobiles. The news that no food could be kept in cars initially caused me to panic a bit, as we had brought an entire carload of crap that would attract bears, enough that it seemed that no locker could contain it all. 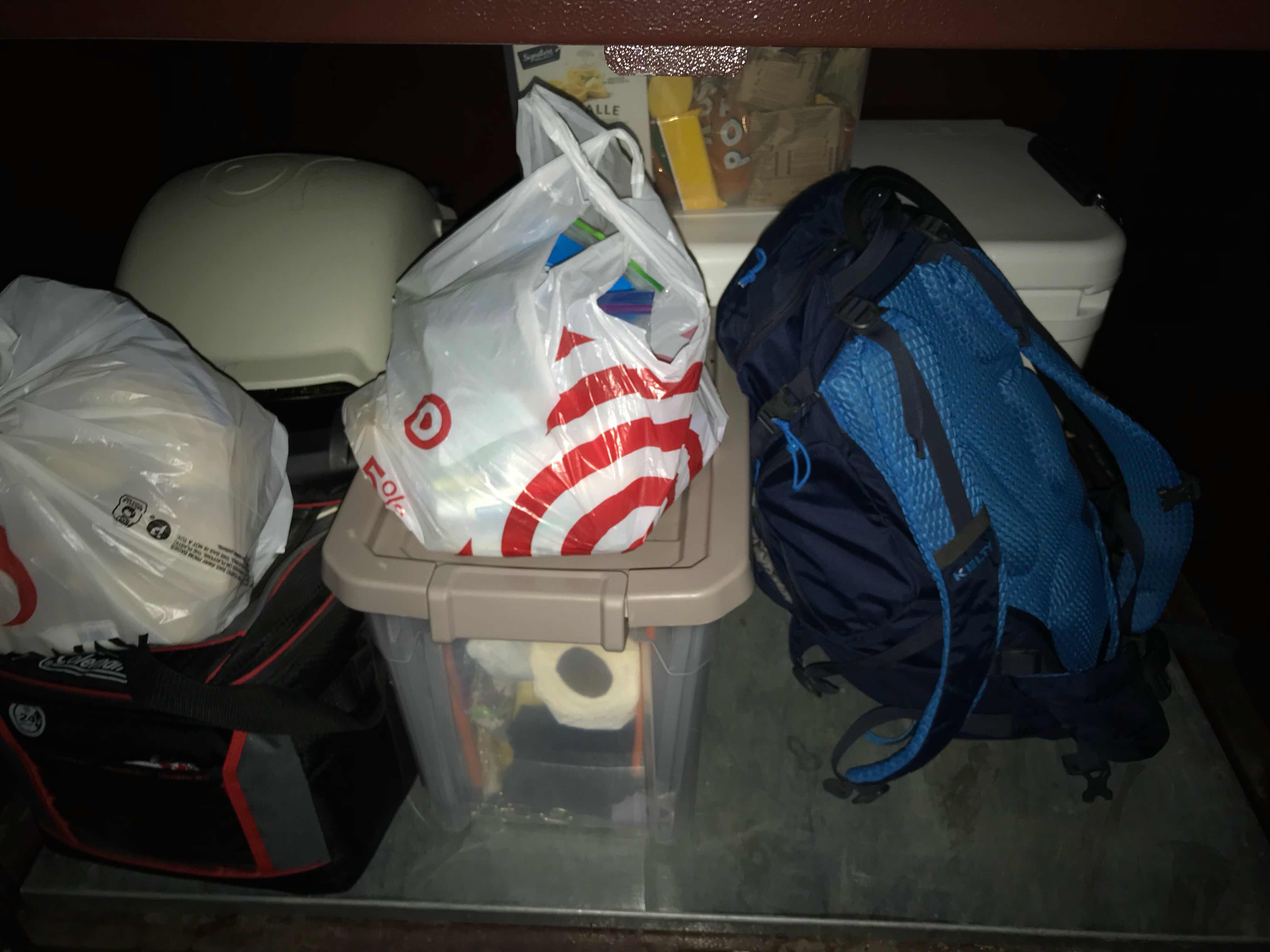 An invention second in importance only to wet wipes on our camping trip – the extra large bear box.

The next day, we developed a plan to see areas of the park that could be reached without lengthy hikes. Laura and I also wanted to find something enjoyable for McKenna, who had developed an intense dislike for camping only 1/3 of the way in to our lengthy camping expedition.

And that’s how McKenna ended up with this ambiguously specied stuffed animals.

The easy hike part of the equation was fulfilled with a stroll around bear lake, easily the easiest hike in the park. The ease of the hike and the scenery attracts a motley group of hikers.

Having circumnavigated Bear Lake, we headed up to some of the other nearby lakes. But first, we had questions that needed answering.

Is this an elk? A moose? A white tail deer? Maybe the inventor of wet wipes will know. 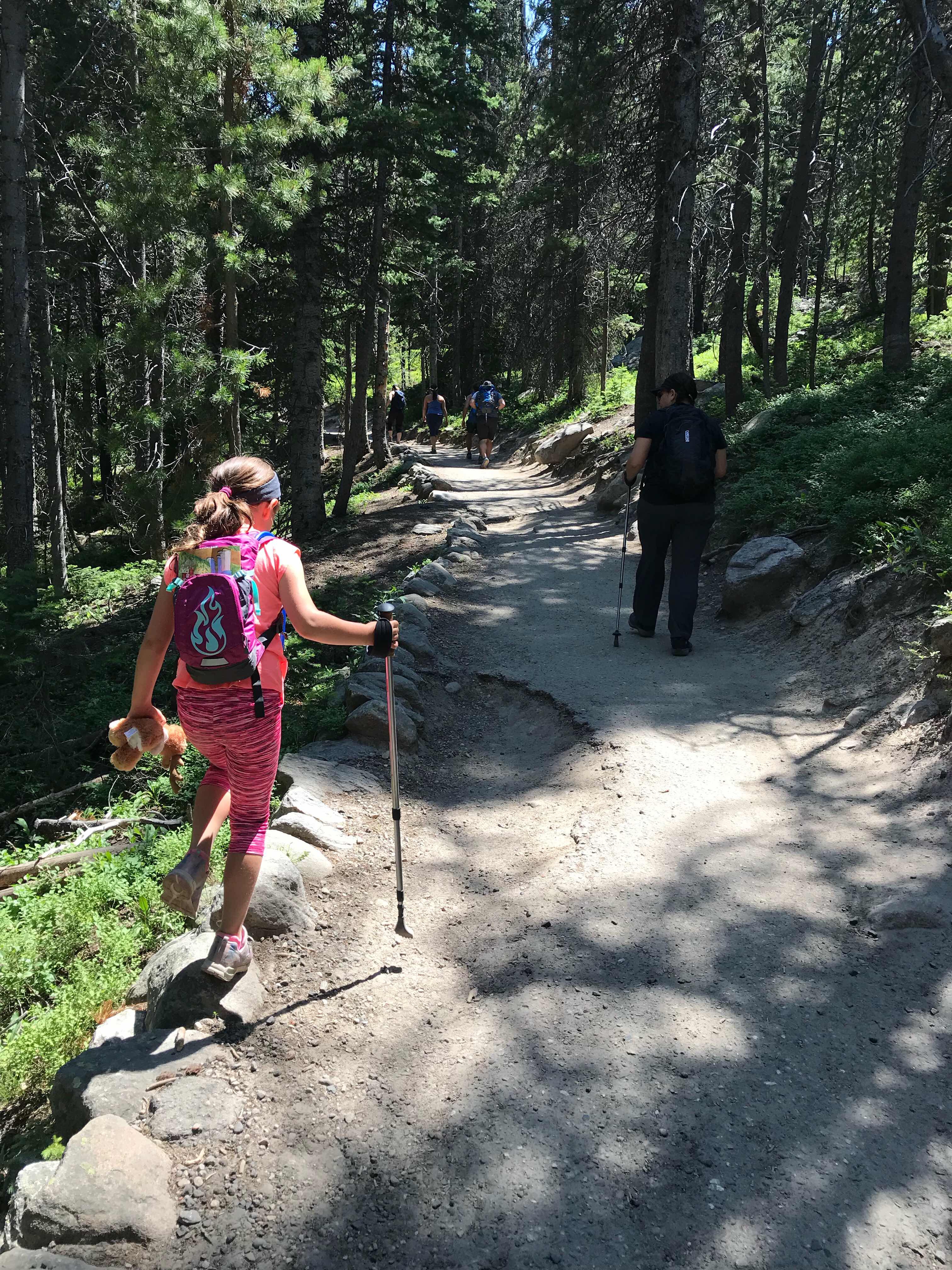 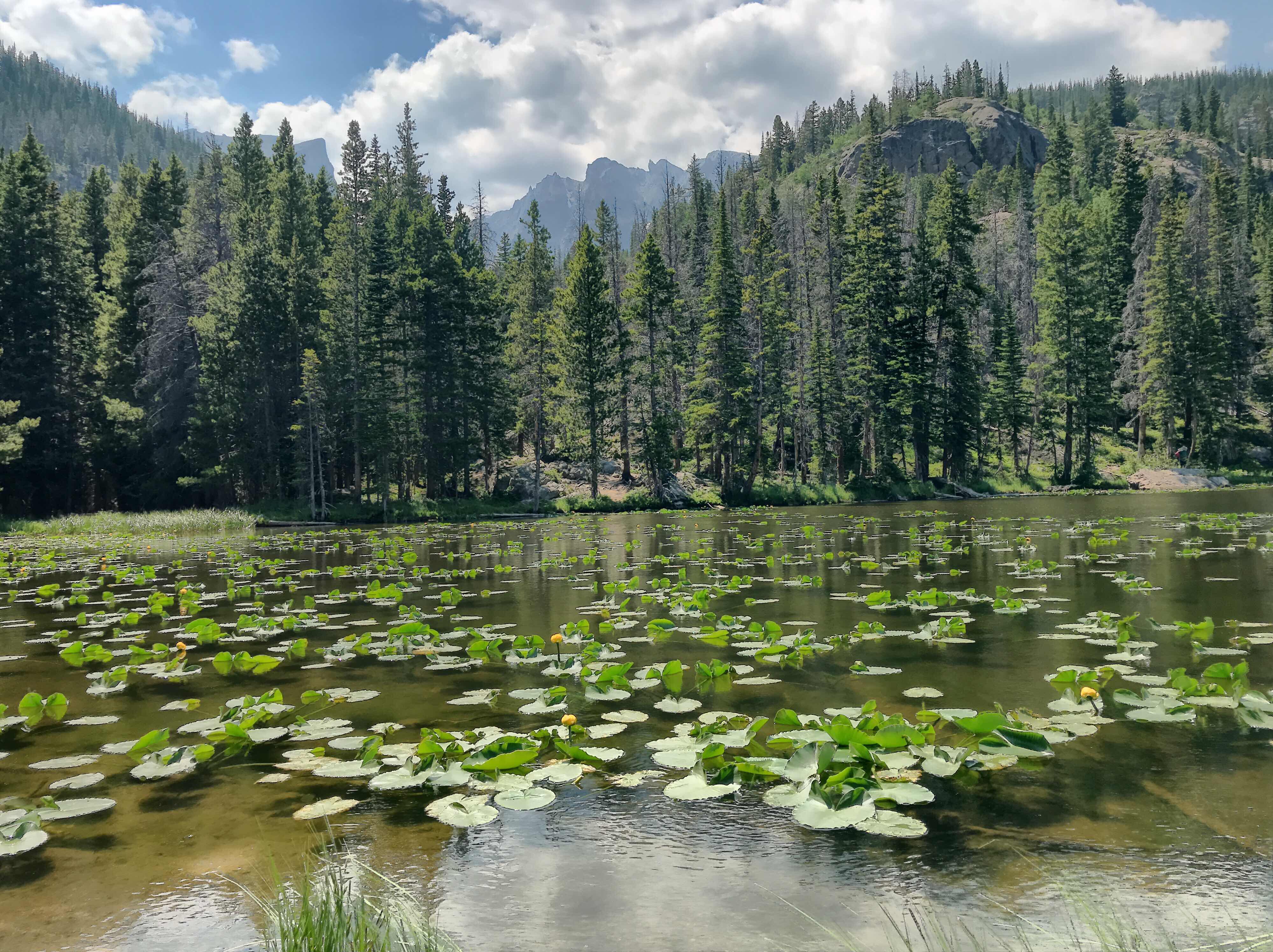 In addition to taking McKenna to buy a stuffed elk/moose/white tailed deer, we had promised to take her to play miniature golf in Estes Park, which is how we ended up… 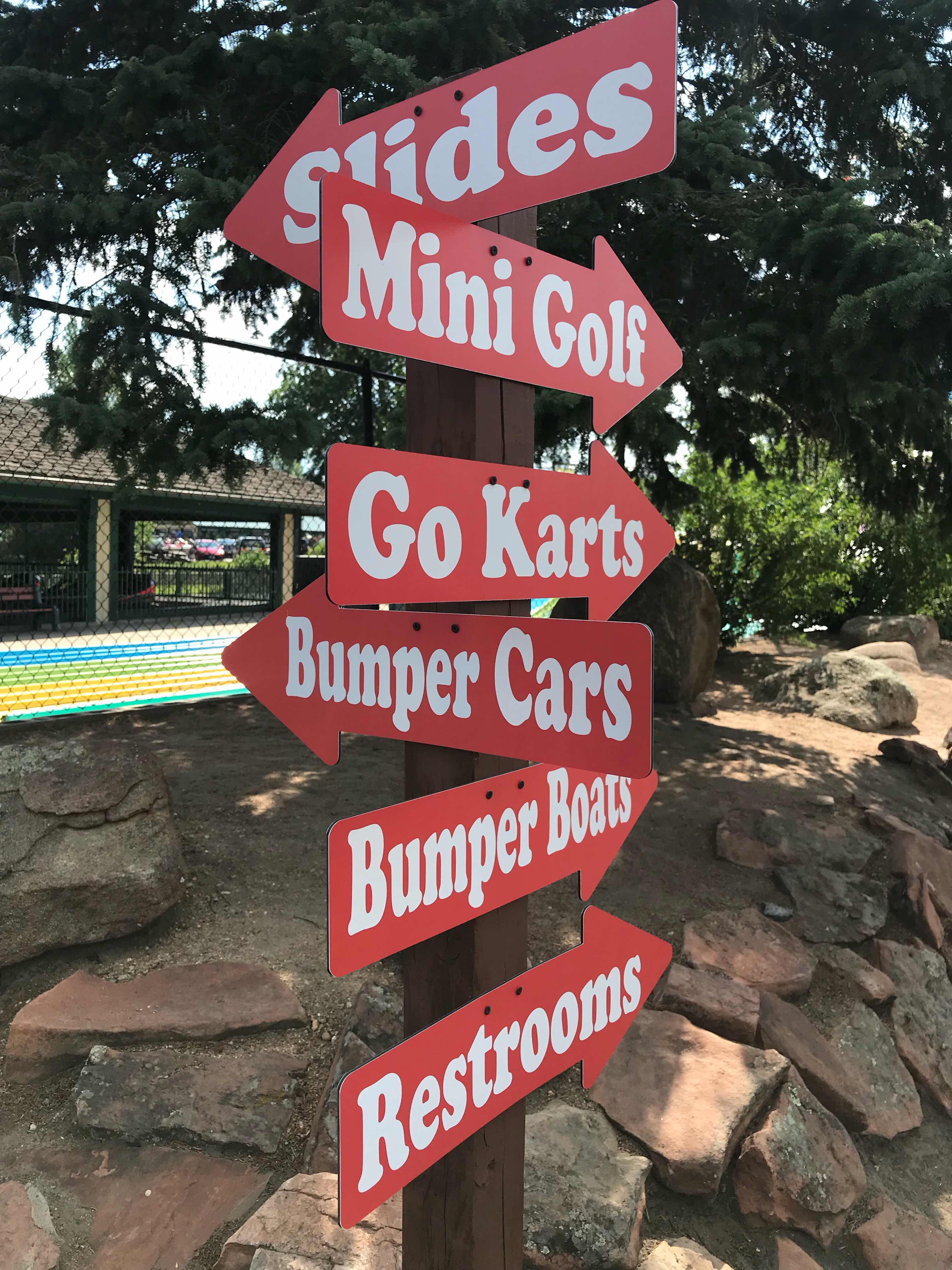 In the tourist trap that is “Fun City”

McKenna doesn’t so much play miniature golf as play a hybrid sport fusing elements of golf and hockey.

The final stop of the day was at the Alluvial Fan back in Rocky Mountain National Park.

This was an easy sell for McKenna, as it combined the two things she most likes in a hike: not a lot of walking and an opportunity to go in water. 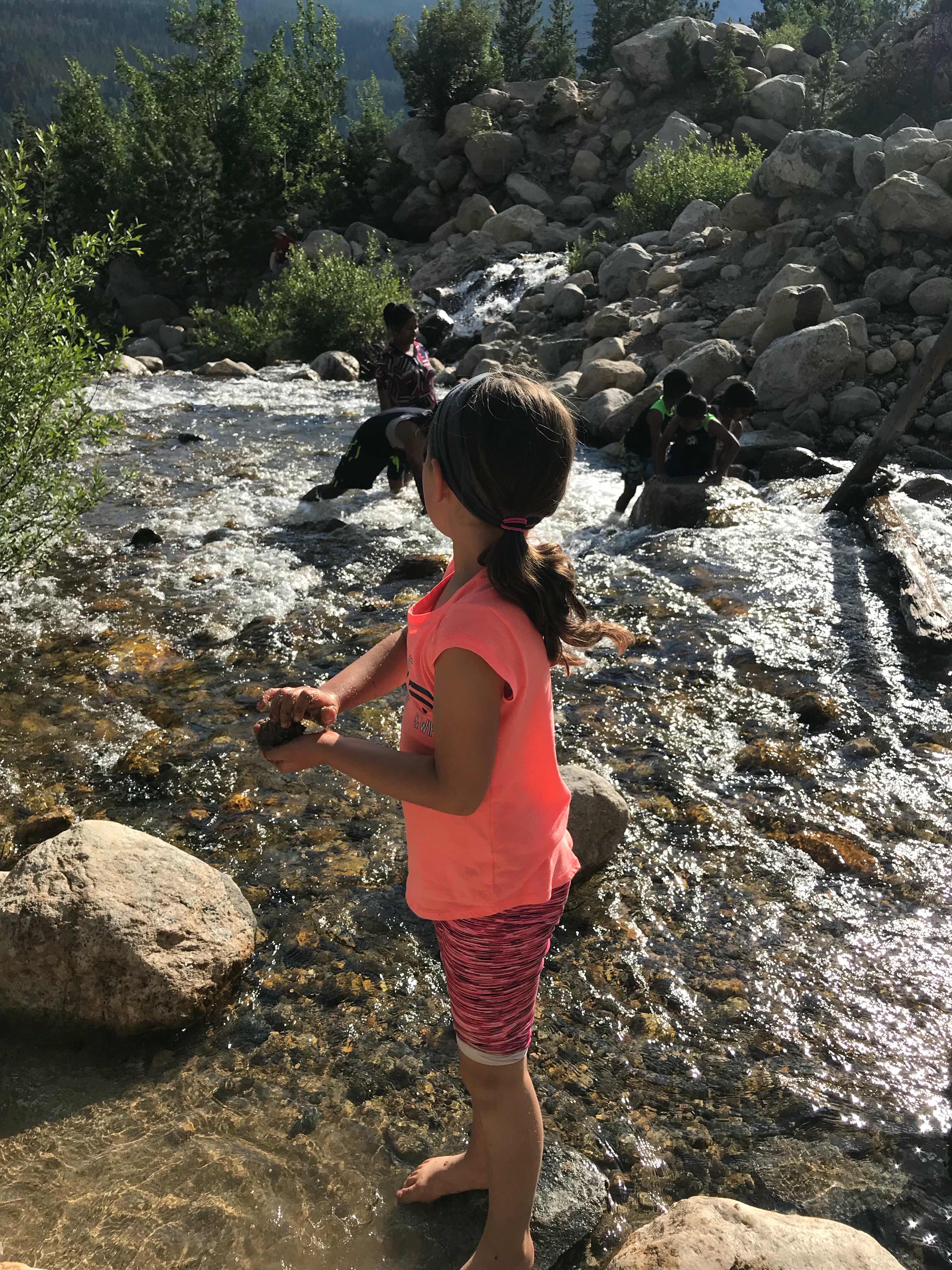 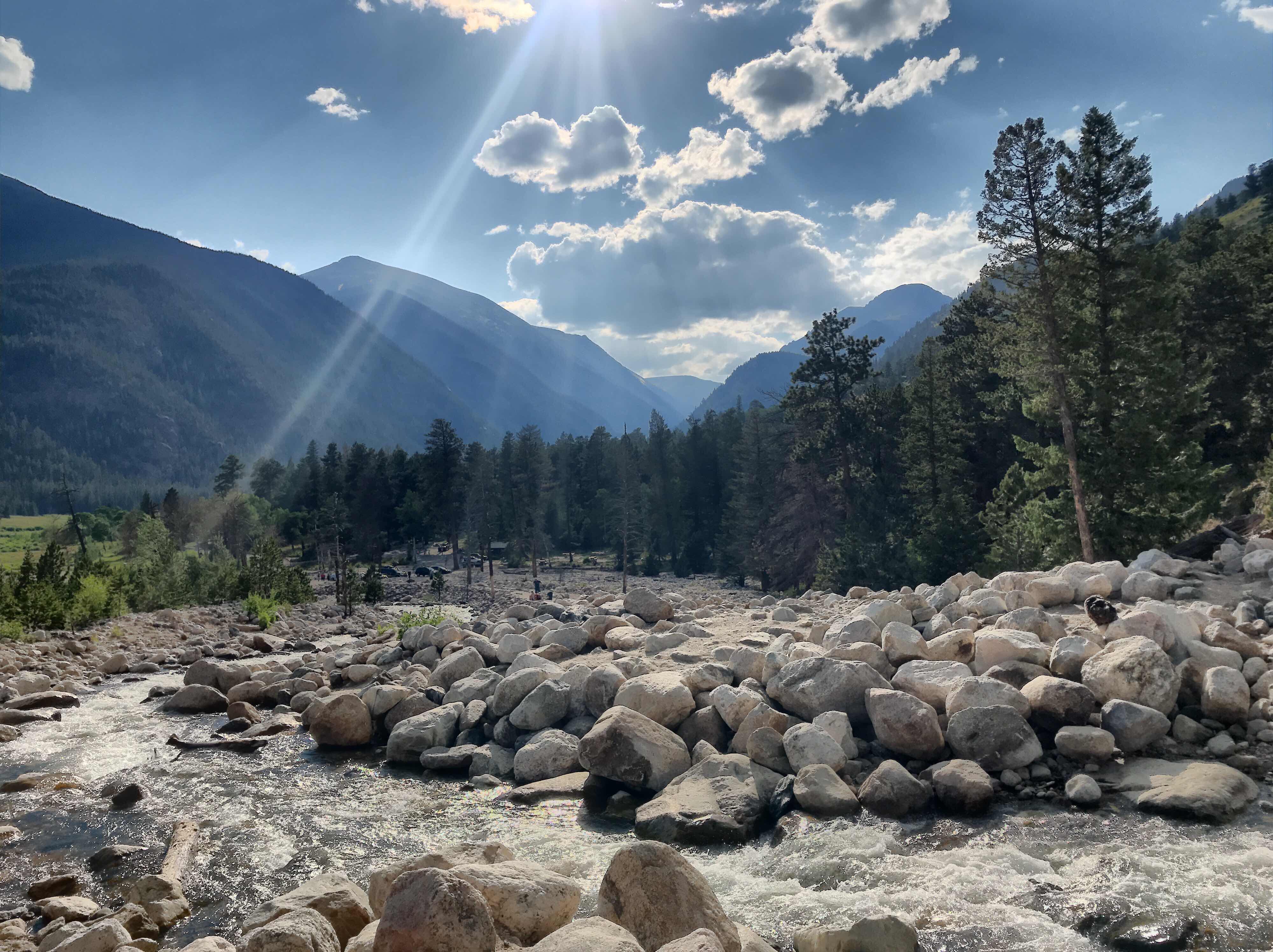 The day was almost over. Time to return to camp to use some wet wipes.

And enjoy some simple camping fare.