McKenna had a birthday party today for a classmate at her nursery school, and the party was at a roller rink. After overcoming our surprise that a roller rink still existed in suburban America in 2014, we discovered that it was only about a mile from our house. I think I would have been less surprised to find Harry Potter’s secret train platform 9 3/4 than I was to find that roller rink stashed behind the Waffle House on Hull Street.

Entering the rink – named Skate Away – was like being transported back in time to 1989. It was an old-school skating rink, complete with disco balls and stuff. 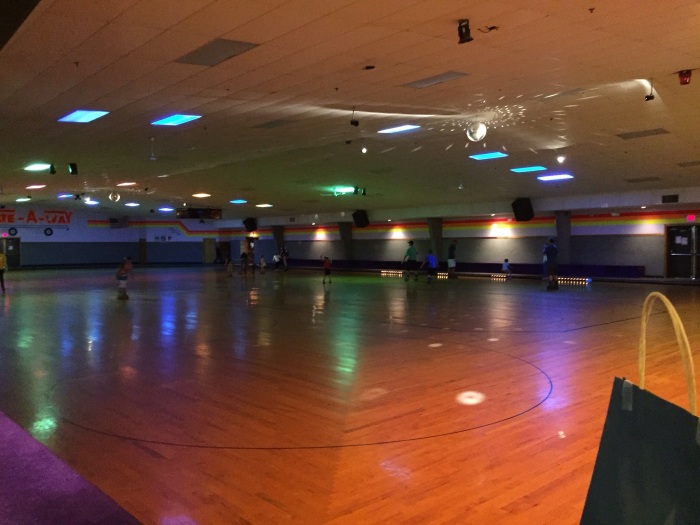 Somewhere up there is the sign to notify skaters when couples skate has begun.

At least as surprising as finding a skating rink were the following discoveries, made at the skating rink: 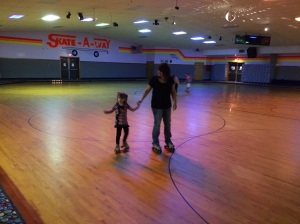