On Tuesday, August 5th, Laura, McKenna and I took in some of the sights along the San Diego coast, starting with the tidepools at Point Loma. This was the second time that I had been to the tidepools, but the first was a while back, on the day of Mark and Margo’s wedding. The tide on that day was really low, lower than on this more recent trip, which meant that more of the rocks in the ocean were exposed. Even with a higher low tide, there were still lots of fantastic rocks to see. Here is our photographic study of the tidepools.

Woman and bird with awesome rock

Man and child with awesome rock 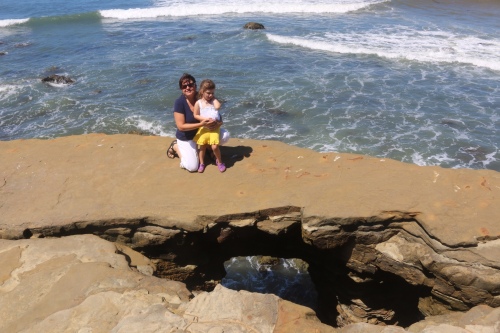 Woman and child with awesome rock

Above the tidepools, there’s a visitor center with great views of San Diego harbor and the city. 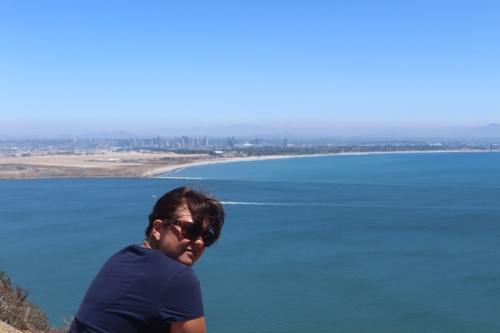 It was there that we discovered a sure-fire way to get McKenna to smile in a picture – tap into her love of herself by taking selfies. So we took many at Point Loma. 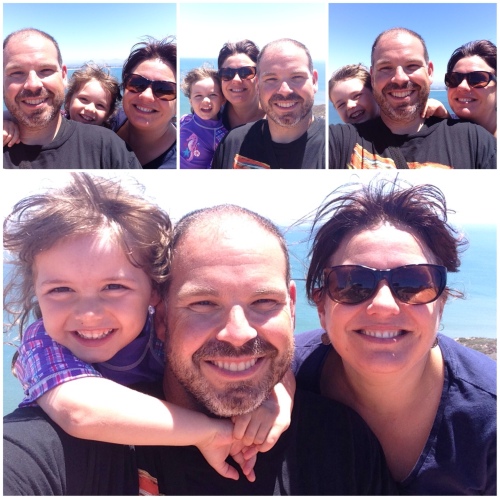 Apparently, some kind of narcissistic instinct kicks in when McKenna can see herself on the phone screen, triggering a smile.

We moved on to La Jolla and stopped for a late afternoon snack at George’s at the Cove. 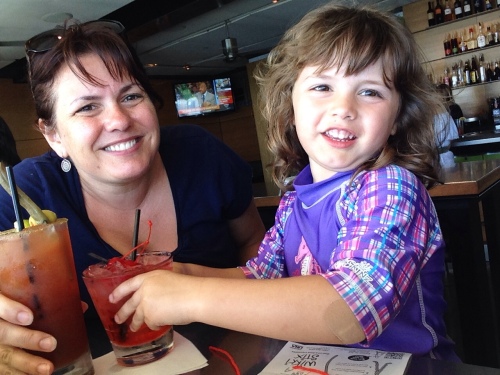 After searching for a parking spot in La Jolla, everyone needed a drink.

The view was great; a few of our fellow patrons were less great. 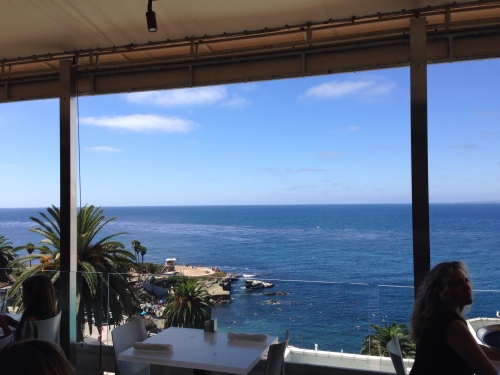 Not pictured: the couple cheating on their spouses who were discussing their infidelities at volumes even higher than those used by Laura.

By that time, McKenna had had enough of walking along the ocean without going in the water and insisted that we move closer. 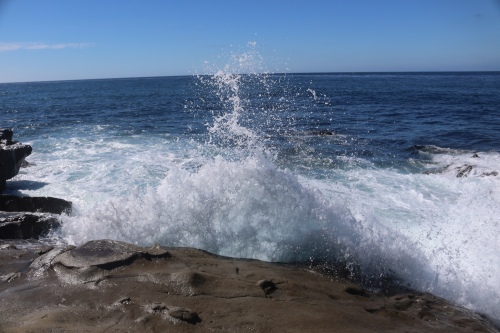 THIS ROCK IS SINKING!!!

The tide was coming in by that time, and after a rogue wave soaked Laura and almost got me and my camera, we decided to go to Seal Rock. 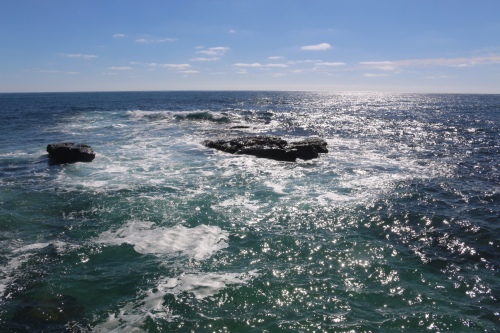 Since there were only two seals at Seal Rock, here is a picture of the water.

We capped the day off with some gelato, only after convincing McKenna, who was upset that we were not stopping for ice cream, that gelato was an ice cream-like substance which she would enjoy.

Gelato does seem to melt a bit faster though…

On Wednesday, we joined up with Margo, Miles, Drew, and Julia to see the famous San Diego Zoo. Before going to the zoo, Laura and I took our Ford Fiesta rental car back to Fox Rental Cars because it had started shuddering during acceleration like it was going to fly apart. Trading in the car was an ordeal that went something like this:

Somehow, we made it to the zoo anyway.

The San Diego Zoo is amazing, but we initially made the strategic error of only picking up one map of the zoo, which immediately became an object for Miles and Drew to fight over. The crisis was averted when a zoo employee provided a second map, forcing the children to use their imaginations to invent another reason to fight. 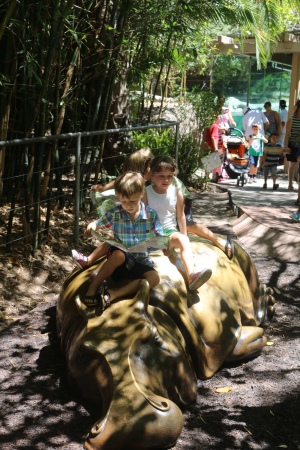 ‘Allow me to consult the map before I direct my hippo steed to an exhibit.’ 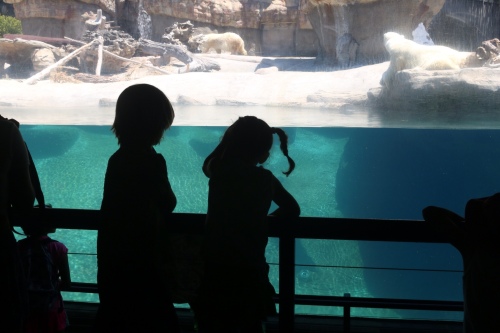 ‘Let me see the map to verify that the animal over the is, in fact, a polar bear.’

The zoo has great trails, and the views of the animals were almost always excellent.

But sometimes we would have preferred a view from different angle.

There were plenty of places for the kids to play in the zoo. 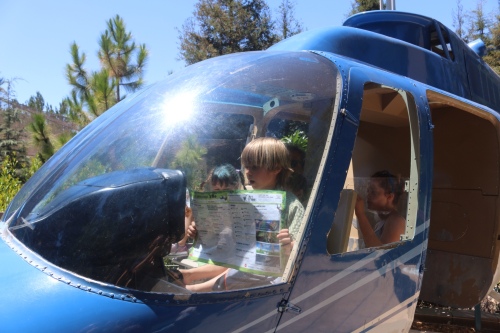 ‘We need to get this chopper off the ground now!!! But first, let me take a look at the map.’

Although if you are old enough to field calls on your own smartphone, you probably shouldn’t be playing on the koala tree.

Some of the animals were pretty dangerous. 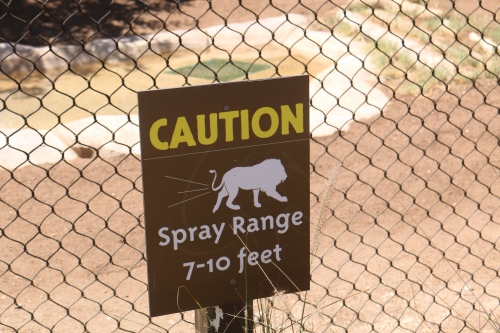 This warning sign resonated with me more than any other warning in the park.

By the end of the day, the kids were worn out by all of the walking in the zoo.

‘All this walking is killing me! Can’t someone check a map and find somewhere to sit?!’

‘The map says to go straight ahead. Mush!’

‘It’s great to see the zoo without having to walk around. Now if only I had a map to tell me what I’m seeing…’

3 thoughts on “Journey to Point Loma, La Jolla, and the San Diego Zoo”