On July 30, Laura, McKenna and I left for San Diego via Atlanta. McKenna was REALLY excited, but we were hoping that once on the plane, she would settle down and be sucked into one of the numerous videos we had loaded onto the iPad. Nope. The girl who would easily spend hours watching movies at home if allowed, the girl who would watch the most horrendous stories ever released in movie format as long as they featured some kind of princess (I’m looking at you, Cinderella II: Dreams Come True), that girl could not make it more than twenty minutes watching a movie. Or doing anything else for that matter. 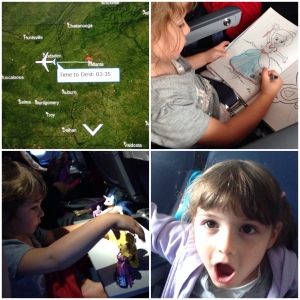 Since she wouldn't watch a movie, we were one activity short of preventing McKenna from slipping into insanity.

At about 9pm Pacific Time, McKenna’s air travel nightmare was over, and it was time to pick up our rental car. Disappointingly for McKenna, we were not able to get the bright purple car she requested. Disappointingly for McKenna’s parents, Fox Rental Cars inexplicably categorized the Ford Fiesta as a compact car. Do you know how narrow the Fiesta is? Think of a love seat. Now imagine that love seat was thrown in the Death Star’s trash compactor. That’s the Fiesta. 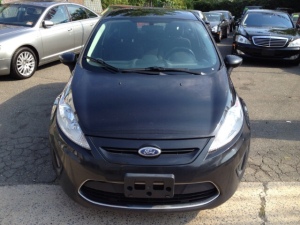 The Ford Fiesta - so narrow, you can garage it in your shed.

Fortunately, the Abbotts are a short people, and our stubby legs fit in the subcompact compact Fiesta. We packed ourselves in and made it to the condo we were staying for about two weeks in San Diego.

Since we were in San Diego, clearly there was one priority – locating and consuming awesome fish tacos. With the help of the Internet, we identified Oscar’s Mexican Seafood as the place to go. Even though we as a family accept that all information found on the Internet is true, we verified with other sources that the fish tacos at Oscar’s would, in fact, be awesome. Driving to Oscar’s in our glorified matchbox car, we grabbed some battered, smoked, and grilled fish tacos and had a picnic overlooking the Pacific at La Jolla.

The awesomeness of the fish tacos did not stop McKenna from eating mainly French fries for lunch.

After consuming the best fish tacos I’ve ever had, we intended to go to La Jolla Cove, but a jet lagged McKenna fell asleep before we could get there. We drove around for a while instead and then went to Mark and Margo’s house to see them and their kids, Miles, Drew, and Julia.

The evening was filled with feats of strength.

Maybe the feats of strength riled the kids up a bit to much. At one point, Drew leaned close to Mark to tell him a story and punched him right in the face. While a four-year-old could not have devised and executed a sucker-punching plan, it did appear that Drew lured Mark close with the story, kind of like this:
Mark: Ok, Drew, tell me what happened.
Drew: First, we got out the Legos… BAM!!! 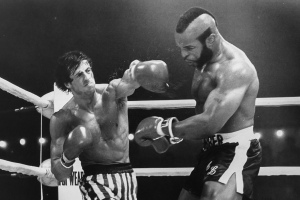 While Mark seemed angry, I know he was secretly proud of the perfect form employed by Drew.

The next day, the plan was for Margo and the kids to go with me, Laura, McKenna to the San Diego Botanic Garden. Before we left, Margo warned us that San Diego was going through a heat wave.

A San Diego heat wave, known in Richmond as the best ten day stretch in the history of summer weather.

We piled into Margo’s car and took a ride to north San Diego.

This car has approximately 7,619,214 times more space than the Fiesta.

We braved the heat at the garden so that the kids could have some fun. 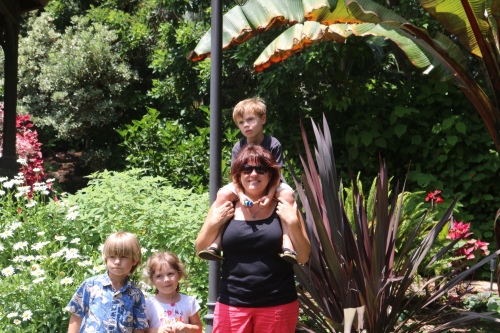 You are having fun, right?!

The Garden is huge, but we spent 90% of our time at the stream in the kid’s area.

You are having fun, right?!

McKenna and Drew spent most of their time by the stream, but Miles ranged out a bit more, looking to exploit any flaw in the safety barriers at the park. Miles could get a job field testing kids’ play areas, because if there is a way to defy death by doing something that would horrify a play area’s designer, he’s going to find it.

Back at Mark and Margo’s house that evening, Mark warned us that there was a 25% chance that a black widow spider would be under anything on the patio.

All of that jumping is probably disrupting the black widow queen mother.

On Saturday, August 2nd, we planned to go to La Jolla Shores for a beach day. It was a bit cloudy on Saturday, but since San Diego in the summer is “virtually rainless,” we figured we would be ok. And then this happened:

And it kept raining, steadily, for pretty much the entire day. In San Diego. This was such a shocking development that we didn’t even have a backup rainy day plan. In fact, Laura and I didn’t even bring an umbrella with us. After much deliberation, we decided to let the kids run around at the indoor Funbelievable. 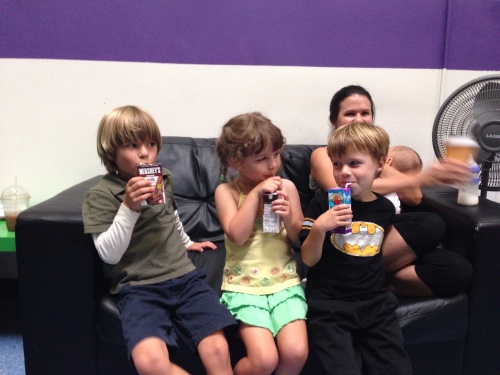 Great for kids, probably something other than fun or unbelievable for parents.

We ran the kids for a few hours at Funbelievable, and then, while Laura and Margo took the kids to the pool at the condo, I went to the grocery store to pick up avocados that are “ripe.” I had been given directions to look for avocados that were adequately soft, but as I sorted through all the avocados, I realized… 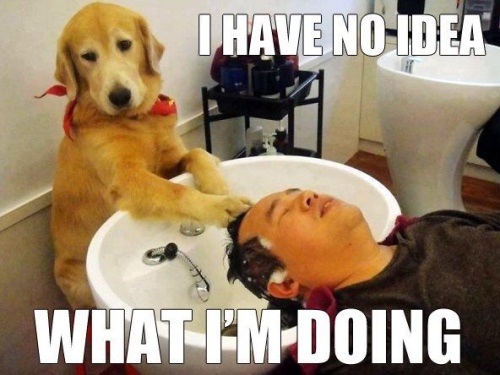 One thought on “The Journey to San Diego”