On July 2, we toured the museum and archeological site at Delphi. Although the Delphi museum had salvaged many of the remarkable statues and carvings from ancient Delphi, they would not allow “posing” with the statues for pictures. Since we had been posing our way across Southern Europe, this prohibition (which was posted nowhere) was concerning, especially to Brian since he cannot appear in a picture without posing: 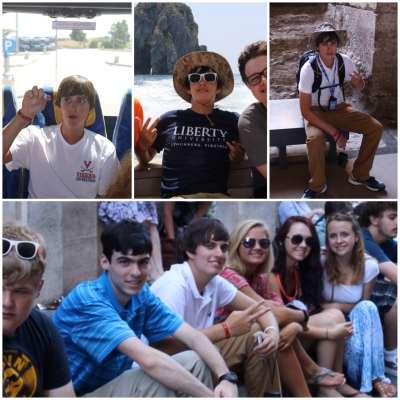 A world without picture posing is not a world Brian chooses to live in.

The sphinx at Delphi, sadly alone, with no one to pose beside it. 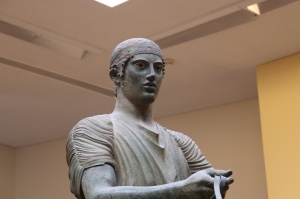 Delphi is the site of the ancient temple to Apollo that Greeks would visit to consult the “oracle,” a priestess whose connection to Apollo had been “enhanced” through breathing hallucinogenic vapors. It was kind of like going to someone tripping on LSD to ask them about the future, and then having that person blame you for your inferior interpretive abilities if the prophecy appeared to fail.

The temple is up in the mountains, about an hour and a half from Athens, giving us a chance to see the amazing landscape at 3000 feet above sea level in Greece. 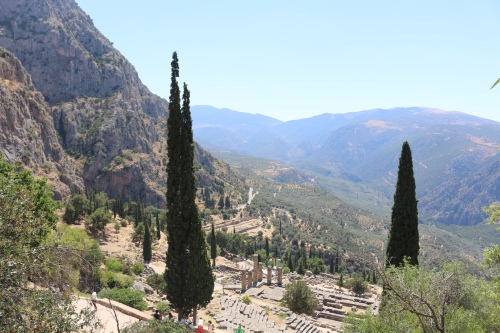 By day eight of the tour, some travelers were not all that tolerant of guides who took more than 30 seconds to describe ancient structures. 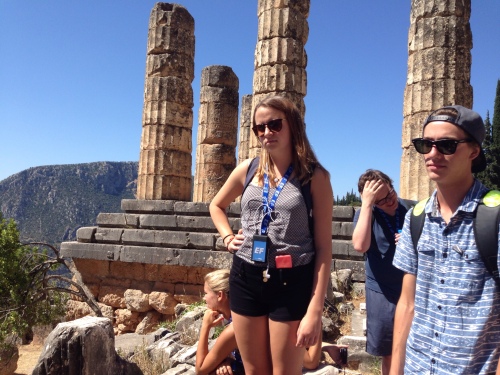 Before too long, though, the guide turned us loose to explore Delphi. 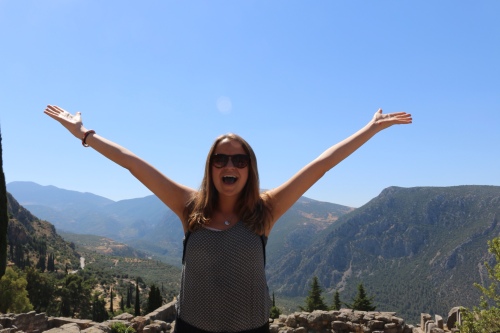 Following the “official” tour, we were able to walk around, and most of us walked up to the top of Delphi to see the stadium. 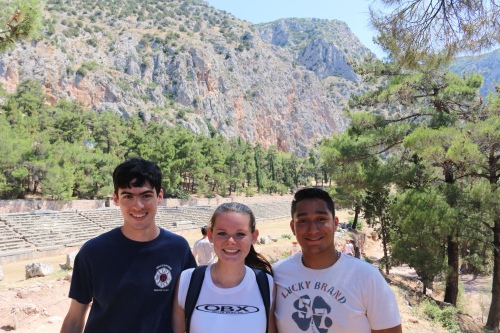 One of the group leaders from New Jersey with us at Delphi was a guy named Ron, who was well-liked by our group for his intense appreciation of everything we saw and for his enthusiastic group checks, in which he shouted “Ron Squad!” with a raised fist.

We left Delphi in the early afternoon and began the drive along the Greek coast to Athens. The combination of the mountains and the water made the views spectacular, and we actually were able to stop the bus to get off and take pictures, which almost never happens. 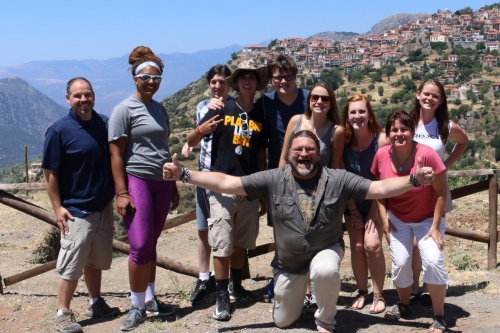 Not pictured: the four travelers who had slipped into a sleep-deprivation coma on the bus.

At about five, we reached our hotel in Athens, which had a pool on the roof and a view of the city. The travelers had a few hours to relax or sleep before the evening activities.

At 7:30, the group headed to the city center. About half of the group went to the Greek Evening to see (and participate in) Greek dancing. 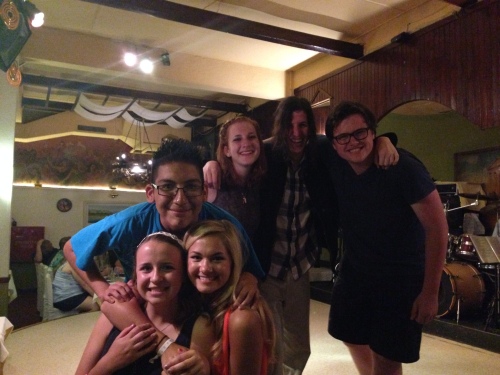 Some of our travelers, though, would have preferred being forced to take five consecutive trips on the night ferry to watching dancing, and probably more than five trips if you threaten that they would have to actually participate in the dancing. That part of the group went to the Plaka district, the shopping area of Athens.

Ode to the Night Ferry

Somewhere in the world, there is a person who sees this tile and says, Finally! I've been looking forever!