The Shenandoah River and a not-so-distant forest fire at sunset. 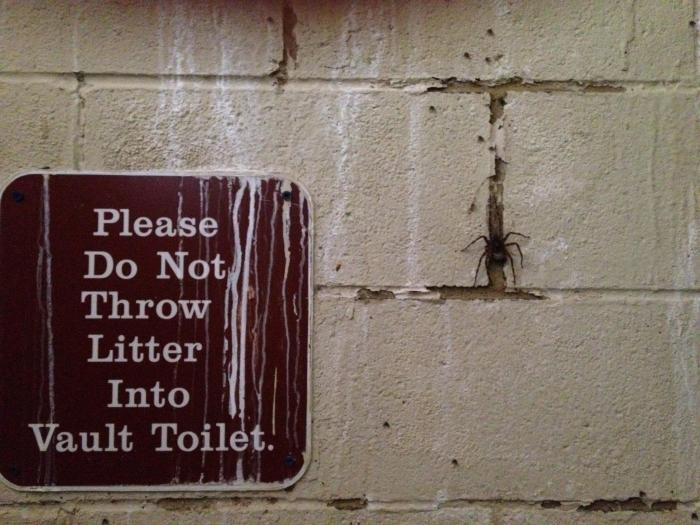 The spider in the bathroom was the biggest that I have seen in the state of Virginia. This picture really doesn’t do it justice. 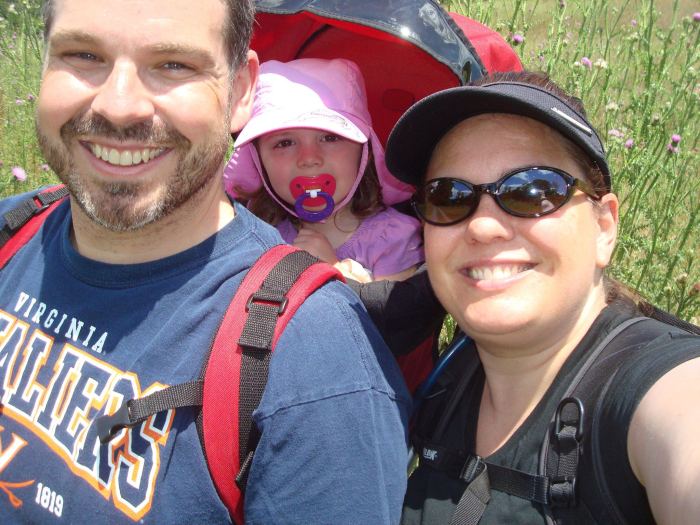 A family hike through a meadow to one of the ridges overlooking the river. 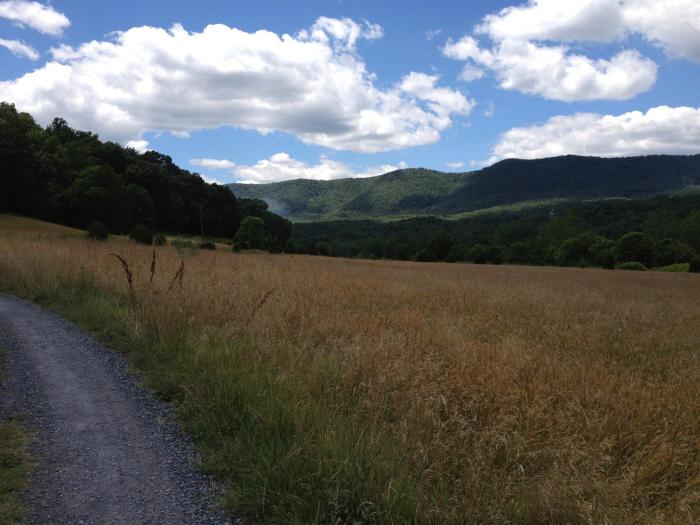 The meadow by the river. It was only about 80 degrees with almost no humidity, which is not typical of Virginia in late June. In typical Virginia weather, this would have been the meadow death march.

We found a turtle on the trail! And, at one point a rabbit. Plus, there was the giant spider in the restroom. 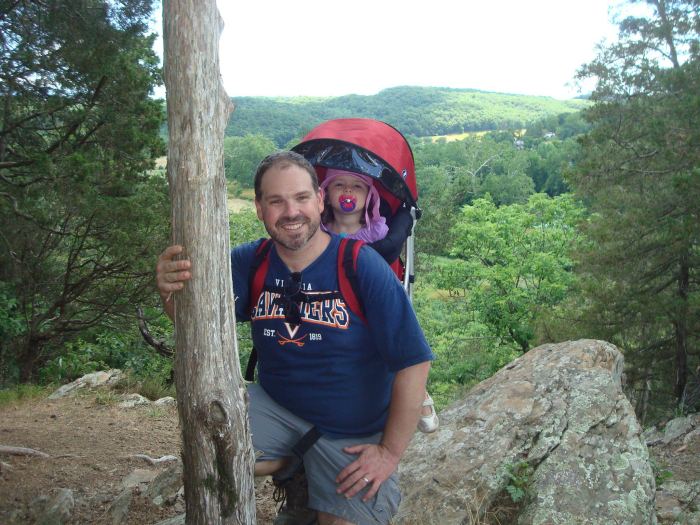 We reached the ridge line overlooking the Shenandoah River before nap time for McKenna. It was a victory for us all.

Laura, taking a break from yelling at me to keep McKenna away from the edge. 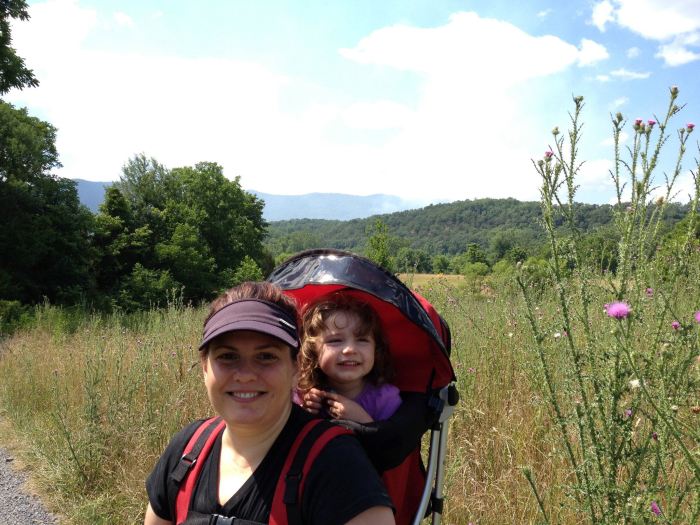 Laura and McKenna in the meadow right before McKenna’s crash. 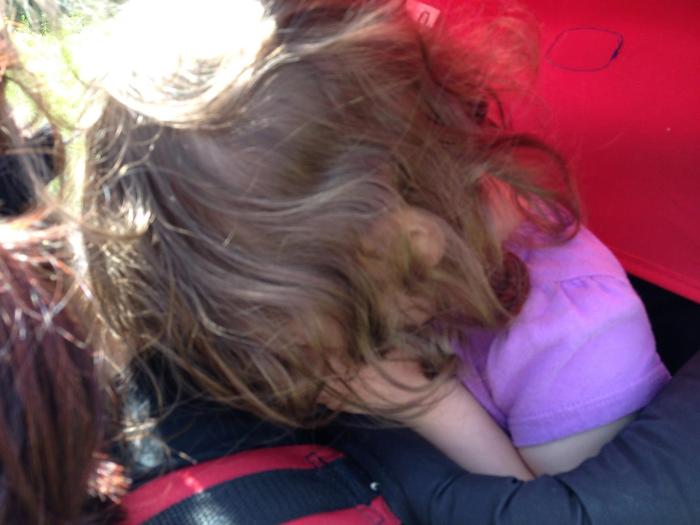 We returned to the camp to find that a squirrel had chewed its way into the tent while we were gone because we had stupidly left McKenna’s cheese-its inside. Of all of the animals that I was prepared to find had destroyed the tent, a squirrel was pretty close to the bottom for me.

Laura’s MacGyver fix to the squirrel hole. Unbelievably, the squirrel (or another intrusive relative) came by the next morning and tried to chew through the patch with us in the tent.

While we were dealing with the squirrel break-in, we distracted McKenna with a bucket filled with water. 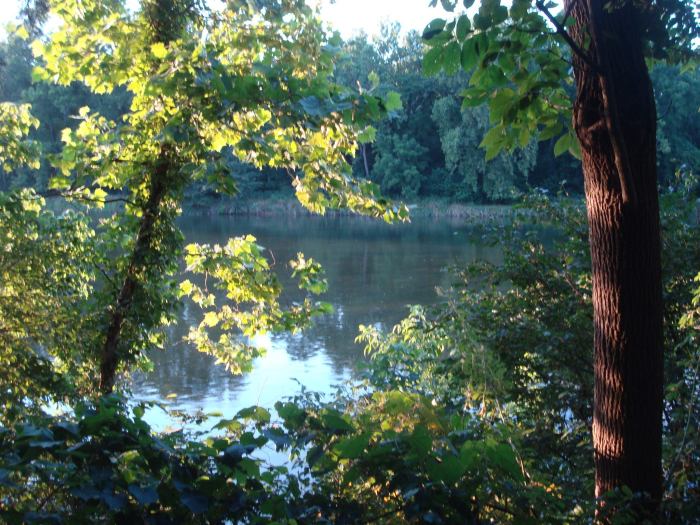 The view of the river from the camp site. This seemed great when we chose the spot, but then McKenna seemed all to willing to commit suicide in the river. Upon further review, parents of a two year old should choose a spot away from the river.

After we distracted McKenna with dirty water, we then distracted her with clean water while we fixed dinner.

The magic of s’mores.

One last view of the river before we headed home.